Casual, Michaela Watkins, The Way Back

From Casual to The Way Back (but better in reverse) 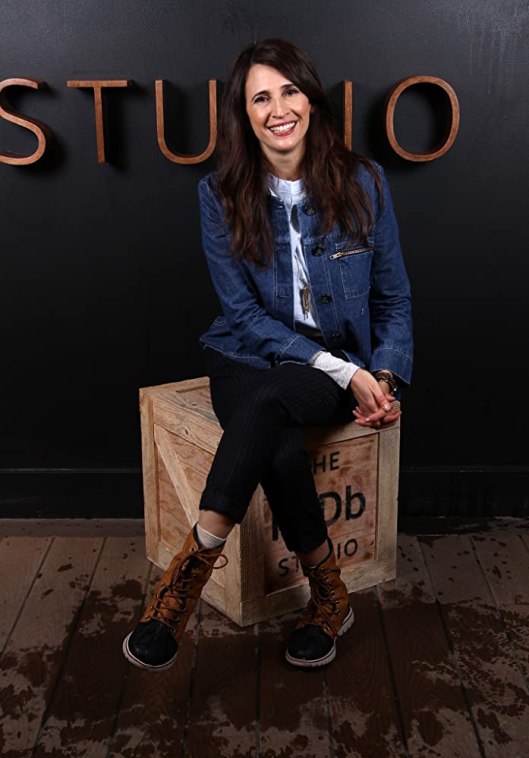 Pre-CoronaVirus Binge cycle with my wife began a few weeks ago with the Hulu Original Series Casual. It was either that or The Mindy Project, which based on just the title card wasn’t particularly appealing to my wife’s sensibilities. She wasn’t exactly a fan of Mindy Kaling’s The Late Show and feared a drawn-out sitcom version of that, so Casual it was.

As a critic, I tend to be more open to trying movies and shows. I don’t need (or want) recommendations from friends or others on social media. I can just click and watch. Not necessarily a whole series if I’m not feeling it, but an episode or two; no problem. I’ll give a show a shot, a chance to win me over. So maybe, I fought – in a passive-aggressive way – for Casual, and won.

In this case, I did so because of Michaela Watkins, who was in Brittany Runs a Marathon, a movie my wife and I caught last year at the Traverse City Film Festival. It was the opening night selection and we were there for the street party afterward, which was fantastic. The trip was one of those working vacations – a couple of days away for just the two of us, in a city with a film festival, which of course meant a chance for me to scout titles. I was already planning on attending a screening of a film we had selected for the Over-the-Rhine International Film Festival, since I wanted a sense of how it would play in front of an audience. Brittany Runs a Marathon was soon-to-be released, which meant I was catching it early. Another plus.

Watkins wasn’t the lead, but she proved to be a strong narrative presence, an instigator provoking the lead character to take up running when nothing else in her life was heading in the right direction. Watkins was prickly, a busybody, the kind of character (a neighbor) who seemingly judges both the protagonist and the audience. You weren’t supposed to like her. But she hangs around and you get to know her, in brief glimpses. It’s not her story, yet you start to wish it was.

That’s the thing about Watkins. You look at her in those frames, when she’s hanging around and you start wondering about her. Who is she? What’s her story? 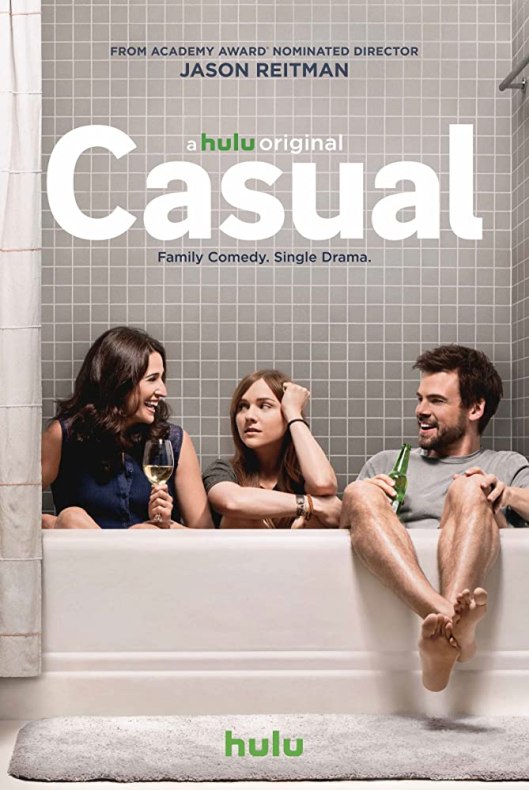 In Casual, all of a sudden, she’s front and center. She’s featured, driving the narrative. As Valerie Meyers, a newly-divorced woman with a teenage daughter (Tara Lynne Barr) who moves in with her younger brother (Tommy Dewey), Watkins has a fully-complicated (read: messy) life, the kind of situation actors dream of. Not only is every day a winding road for Valerie, but half the time, she’s driving down it with no brakes.

Valerie’s a therapist with a private practice, attempting to help people navigate their issues, in the midst of dealing with her own problems. Her husband (Zak Orth) left her for a younger woman, and at the point where the series kicks off, Valerie’s feeling like it might be time to start dating again. Her brother Alex is the lead programmer behind a start-up dating app, which means he’s a single dude in a big house who dates indiscriminately. The two of them have a touchingly co-dependent vibe – they go out on dates together, sitting a table or two away from each other, so that they can offer moral support or a quick escape for the other, if necessary – that never quite falls into truly incestuous territory, despite all narrative attempts to veer in that direction. There’s genuine love and warmth between them.

Valerie’s relationship with her daughter Laura is definitely a bit more complex. Laura is 16, but far wiser and worldly than most 16 year olds. She’s living the life and experiences of a twenty-something, because Valerie seems intent on letting Laura fend for herself, while she stumbles along her own path. Again, there’s love in the mix, but Valerie is not in a parental headspace, at least not towards Laura, who tends to drift through her own relationship and psychological miscues.

What’s fascinating though is watching Watkins handle all of these interpersonal dynamics. As I mentioned, she actually has a great rapport with both Dewey and Barr. The three share a bond that feels truly lived-in, not merely volleying scripted banter for our enjoyment. And Watkins wonderfully captures the failings of the character and the blissful moments of surrender – such as a brief multi-episode arc with a lover (Kyle Bornheimer) struggling with his own sex addiction – with a sense of truth that rises above narrative expectations. Watkins makes us believe and see ourselves in these exchanges.

It takes a series like this to remind us that performances have the ability to take on lives of their own. To be able to dig deeper, to live with characters in discomfort, when we might begin to doubt our feelings about them, that’s when actors cross the line, when characters become people. Film, as great and majestic as it can be, sometimes doesn’t allow actors the opportunity to sustain and reflect a sense of humanity.

Michaela Watkins and Ben Affleck in ‘The Way Back’

Watkins plays Ben Affleck’s sister in the recent Gavin O’Connor film The Way Back. It’s a step back, a retreat for Watkins to being yet another wallflower. Her character has a name (Beth), but no meaningful traits beyond a narrative-prescribed type. She’s the caring/worried sibling with a family who watches over her troubled brother as he descends further down into his own emotional black hole. She notes his constant drinking and has reached out to his ex-wife (obviously against his wishes), but she remains on the periphery until needed, when she is ready to stand off to the side.

It can be argued that Beth isn’t supposed to do any more than that; the film is a vehicle for Affleck, but that makes it sound like its a solitary journey, a man speeding along in a car with its tail end on fire. It is and we’re merely waiting for the flames to ignite the whole thing.

My problem with that kind of story is how it strands a performer like Watkins. Whether the filmmakers want to acknowledge the truth of the situation or not, star vehicles only work if we believe that there are others who will be impacted by the decisions of their volatile protagonists. No one’s alone with their problems. Think of Nicolas Cage’s death-spiraling drunk character Ben Sanderson in Leaving Las Vegas and what that film would have been like without Elizabeth Shue’s Sera going along for the ride.

The Way Back reminds me of a lyric from the Sanders Bohlke track ‘Search and Destroy.’

Better for who? As a male-driven narrative, we see and feel the anger, the rage Affleck’s character feels at the coming of each day, which is why he fights it with alcohol from the moment he wakes up, hoping to keep the monsters at bay. This is how men react to grief.

Women though, see and find other ways to grieve and move on. Further on the song explains:

Watkins is the performer who stands with you as you bury your dead (because your dead are hers too) and she helps to gather your children and your shared pain and she waits with you for whatever is out there on the horizon. She will not forsake you. It’s just too bad that Hollywood is so quick to leave her on her own.