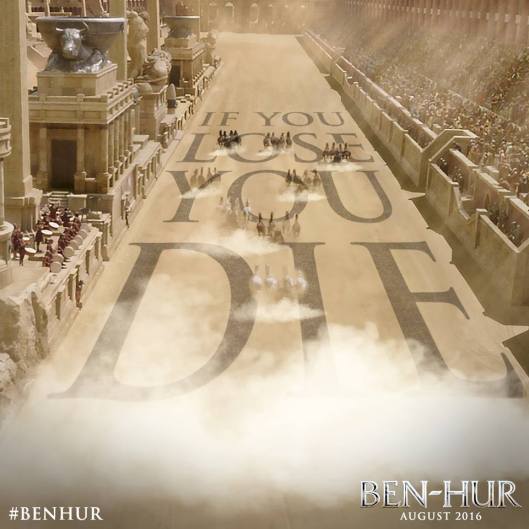 Are audiences willing to pay full-ticket price to watch a couple of competently orchestrated CGI action sequences with little in the way of story or star presence backing up those somewhat thrillingly executed scenes? Thankfully, no. Exhibit A in this argument is the reaction to Timur Bekmambetov’s remake of the 1959 classic “Ben-Hur.” Remove the chariot race and an underwater sequence where Ben-Hur (the seriously soft-eyed Jack Huston) escapes from shackles as his slave ship sinks to the bottom of the ocean, and you’re left with “Gladiator” minus Russell Crowe or “Ben-Hur” without Charlton Heston. And audiences took note.  Action heroes are stars who can elevate and/or carry an epic to the heavens. This new remake is the soggy final dream of Huston’s character who actually doesn’t break free of those chains and gets dragged to his death.

Having served as the lead animator on ParaNorman and The Boxtrolls (where as a producer he earned an Academy Awards nomination for Best Animated Feature), Travis Knight steps up now as the director of Kubo and the Two Strings, the story of Kubo (Art Parkinson), a young boy on a quest to find a suit of magical armor worn by his late Samurai warrior father. Kubo must find and don the armor in a battle against the Moon King (Ralph Fiennes) and his lethal daughters (Rooney Mara). Kubo’s main allies are Monkey (Charlize Theron), a charm brought to life with magic and Beetle (Matthew McConaughey), a warrior who served with his father, now transformed into insect-form with no complete memories of his past. The movie relishes its combination of fantasy and light-hearted kid-friendly interplay, while refusing to shy away from the emerging maturity of the choices Kubo must make, especially in his pursuit of revenge.

While watching “War Dogs,” I was reminded of a host of recent releases that have mined journalistic true stories, juicing them up for the screen with solid to exceptional performances from actors and brilliant realizations from directors eager to jump up to the next level. Think “Moneyball,” “The Wolf of Wall Street,” “True Story,” and “The Big Short.” Now, look a bit closer and that list and you will realize that Jonah Hill has co-starred in three out of four of those films and earned Oscar nominations for two of the three. Hill, moving on from his early days as an energetic comedic performer, brings considerable dramatic chops, fully on display in Todd Phillips’ “War Dogs,” but what’s lacking here is a tight transformative vision at the helm that can turn the narrative into a boldly creative war cry.