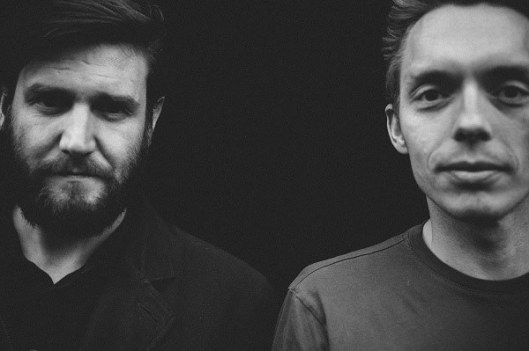 A PAIR OF DAYTON NATIVES SHOWS US THE PATHWAY TO ENLIGHTENMENT

I should go on the record, stating that I found it quite difficult to provide a grade for “Minimalism: A Documentary About the Important Things” from director Matt D’Avella. As I watched the screener, I found myself all-too susceptible to the philosophical subject matter, completely surrendering to a desire to start purging unnecessary belongings from my own life. Even now, as I commit this review to you, I wonder if the grade assigned matches up with my feelings about the film or the gravitational pull of its ideas.

Ryan Nicodemus and Joshua Fields Millburn have a website, called The Minimalists, which is devoted to, you guessed it, minimalism. But, as their website highlights, “removing the excess is an important part of the recipe—but it’s just one ingredient. If we’re concerned solely with the stuff, then we’re missing the larger point.”

In a society that latches onto the most immediate aspect, generally the initial impression, of any trending philosophy, we think we narrow minimalism down to a focus on having less, when Nicodemus and Millburn would rather “focus on making room for more: more time, more passion, more experiences, more growth, more contributions, more contentment. More freedom. Clearing the clutter from life’s path helps us make that room.” To truly see and appreciate this deeper level requires immersion; spending real time with the duo, hearing their stories, walking in their shoes.

That’s a bit easier since Nicodemus and Millburn are hometown guys. Prior to 2010, they were fast-track types, working their way up the corporate ladder, earning and gathering all of the status symbols and markers of success, and they were doing it at the rapid and expected clip. Of course, as they approached their 30th birthdays, the long-time friends started to realize that something was missing.

In 2010, they seized control of their time and their lives by embarking on a 21-day journey into minimalism. The following year, at age 30, they left the corporate world, published their first book (“Minimalism: Live a Meaningful Life”), went on an international tour and reached out to people via online writing classes and private mentoring. Nicodemus and Millburn have taken this gospel of simplicity to major corporations (Harvard Business School and Apple) and conferences (SXSW and TEDx), as well as to smaller venues (including churches, libraries and soup kitchens). Their journey led them to leave Dayton for various experimental stays across the country and even into business—as co-owners of Bandit Coffee Co., a coffeehouse in St. Petersburg, Florida.

The latest venture in their ongoing lesson plan on the minimalist lifestyle is “Minimalism: A Documentary About the Important Things,” which kicks off a premiere run featuring Nicodemus and Millburn hosting Q&A sessions following select screenings before the film opens in 400 plus theaters later this month.

The fascinating and timely thing about the arrival of “Minimalism: A Documentary About the Important Things” is that Nicodemus, the far more outgoing of the two, looks a bit like a more fleshed out version of Jake Gyllenhaal, whose recent film “Demolition” covered, from a fictional narrative perspective, similar thematic territory. Gyllenhaal’s tragically widowed protagonist undergoes a more violent process of expunging “unnecessary things” from his life, which leads to some uncomfortable truths about the details of the life he had constructed for himself.

Both “Minimalism” and “Demolition” show us how dangerous and addictive the allure of consumer-driven facades can be, in addition to the damage that capitalist myths can have on our psyches. “Minimalism” expands beyond Nicodemus and Millburn, spotlighting a host of others who register somewhere along a wide minimalist spectrum. What we come to appreciate is that minimalism is not some austere regimen or cult of personality, indoctrinating followers to march down a path toward giving up all of their worldly possessions and concerns.

We see, via the film, the expressed aim of making room for more. Nicodemus and Millburn, at each and every point along their journeys, open their arms to others, telling everyone they encounter (and us) that they are huggers. The lesson on display; with few to no burdens to carry, they have room to take us into their embrace, offering the finest example that less really is more.

“Minimalism: A Documentary About the Important Things” will premiere in Dayton at The Neon on Tuesday, May 10 at 10 p.m. Nicodemus and Millburn will give a brief talk and then show the documentary in its entirety. After the film they will record a live version of “Ask The Minimalists” for their podcast. For information about tickets, visit theminimalists.com.