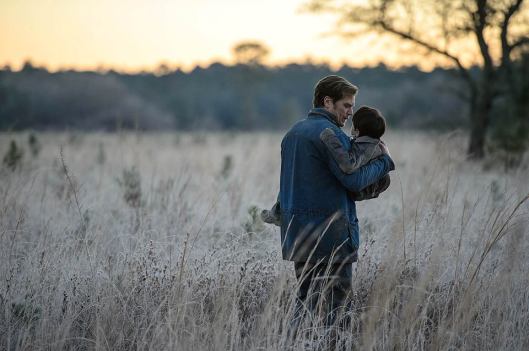 What would Amy Seimetz (associate producer of “Medicine for Melancholy,” writer-director of “Sun Don’t Shine”) and Shane Carruth (writer, director and star of “Upstream Color”) and Mike Cahill (and cohorts Brit Marling and Zal Batmanglij) do with real studio budgets behind their psychologically idiosyncratic ideas? Last year we watched Colin Trevorrow make the leap from the indie world after “Safety Not Guaranteed” to helming “Jurassic World” for producer Steven Spielberg, which made blockbuster money at the box office, but left many discriminating viewers wondering where Trevorrow’s arch and skewed sensibility was hiding amidst all the dino-chomping mayhem. Then again Josh Trank burst onto the scene with “Chronicle” and then wet the proverbial bed with his saggy and quite sourly soggy reboot of the “Fantastic Four,” although to be fair, Trank wasn’t operating in a truly alternative space in the first place. “Chronicle” arrived, cut from the comic book origin cloth with modern young adult character types, and sewn into a trendy frame (found footage) of reference. James Gunn (“Super”) had far more luck merging his outsider perspective with the superhero game plan, thanks to the fact that “Guardians of the Galaxy” already felt like the alt-weekly gang thumbing their noses at the Marvel mainstream jocks.

But it’s that earlier collection of names that really tickles my sci-fi fancy. Carruth traffics in trippy time travel hijinks and bizarre psychological nightmares that reconfigure the best elements of H.P. Lovecraft and Terrence Malick into intimate modern dramas with all too real human characters surrendering to what’s going on inside their heads. Marling and her compatriots, who in various combinations have given us “Another Earth,” “Sound of My Voice, and “I Origins,” dare to speculate on time travel, alternate multiverses with mirror-image planets staring at their reflections and political gamesmanship that attacks the hearts and minds behind the ideology. In this heady remix of head-scratching wonders and ripped from the headlines narratives, the worlds of fiction and non-fiction do more than imitate one another; they reach out and grab each other, initiating a death lock that starts to seamlessly merge the two on the subatomic level.

That’s a long and quite loaded set-up to now introduce you to Jeff Nichols, a filmmaker operating in some near, yet independent orbit to the Carruth and Marling realm. Those in the know will recognize his name thanks to his breakout dramatic thriller “Take Shelter” from 2011. Regionally, we were excited because it was filmed, seemingly, in our backyard, and featured well-grounded turns from Michael Shannon and Jessica Chastain. It was Shannon who certainly stole the fire from the narrative gods, as a husband and father attempting to come to terms with apocalyptic visions, while questioning whether the danger was from outside or within his troubled psyche. A year later, Nichols graced us with “Mud,” the next offering in the continuing evolution of Matthew McConaughey, serious performer. Like “Take Shelter,” the film opened up the interior spaces, the dark unexplored reaches of the mind.

Nichols didn’t appear to be interested in science fiction, per se, or fantastic elements beyond the questions of love and family, and what makes us such fascinating and imperfect human beings—not exactly box office bait, but somehow, in his hands, these ideas were more approachable than Carruth’s efforts to forge bonds with alien life forms and/or the chase to glimpse the impossibility of twin windows into the same soul.

Therein lies the genius of his latest film, “Midnight Special.” Once again, reteaming with Michael Shannon, Nichols drops us into the middle of a chase. Roy (Shannon) seeks to stay one step ahead of the government and a cult eager to wrestle his young son Alton (Jaeden Lieberher) from his grasp. It seems Alton is special, although no one, not even Roy, knows or understands just how special the boy might truly be. Roy only knows that he will do anything to keep Alton safe, which means he and Lucas (Joel Edgerton), a former state trooper with his scanner locked in and guns drawn, ride hard, under the cover of darkness, keeping Alton out of the light, which triggers dangerous and uncontrollable transformations in the boy and those around him.

Nichols never takes us out of the present situation, maintaining a sense of urgency, but also an air of mystery that feels akin to the speculative works I’ve mentioned before. Those science fiction leavenings, while intriguing, fail to distract us from the father and son dynamic that provides the strong beating heart for “Midnight Special.” Often compared to Spielberg’s classics, “E.T.” and “Close Encounters of the Third Kind,” what Nichols has accomplished here is miraculous on a smaller, yet no less grand, scale. He has shown us that you don’t need huge budgets and studio backing to produce a blockbuster idea. “Midnight Special” is the summer tentpole for a perfect family backyard camping trip.