David Lowery, Robert Redford, The Old Man and the Gun 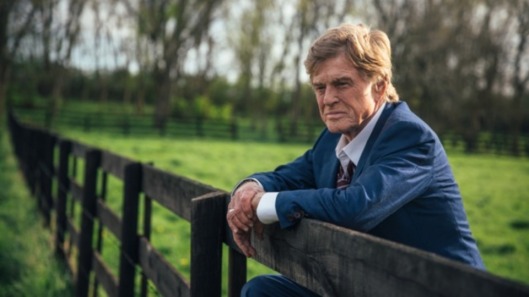 Robert Redford in ‘The Old Man and the Gun’ // Photo: Fox Searchlight Pictures

I’ve been trying to recall the first time I saw Robert Redford onscreen —not via cable reruns or on VHS, but in theaters, his herculean presence on the big screen. (It is strange to think it might have been as late as 1984’s The Natural or Out of Africa a year later.) But I’ve realized that the first time doesn’t matter as much as I once thought, because Redford has always been larger than life.

Like Marlon Brando and Redford’s roguish partner-in-crime Paul Newman (this duo famously conned and robbed us in Butch Cassidy and the Sundance Kid as well as The Sting), Redford has a presence that compels us to watch him and the characters he portrays. Some of those characters had larger importance in the cultural dialogue that extended beyond the theater, but sometimes those discussions swelled in our estimations thanks to Redford himself — like in All the President’s Men, where he starred alongside Dustin Hoffman as rival Washington Post reporters.

During the Toronto International Film Festival, I had the chance to catch up with David Lowery, the director of Cincinnati-filmed The Old Man and the Gun, the latest (and reportedly last) film featuring Redford.

Based on a true story, the narrative teases audiences with the expectation of a cat-and-mouse game between an aging bank robber (Redford), who uses charm more so than weapons or violence, and a young but slightly world-weary police officer (Casey Affleck) on his tail.

Part of the sly joy of the film is a question that Lowery brought up in our conversation: “Can the movie function as a cops-and-robbers narrative if the cop likes the robber so much that he doesn’t try all that hard to catch him?”

It’s the kind of challenge that works best when a film is anchored by a presence like Redford’s.

“(Redford) is a big get-out-of-jail-free card throughout the entire process,” Lowery says. “There’s the joy of seeing his face and knowing the rich history attached to it, especially his work as a cinematic con man. I benefit from that.”

The first draft of the film, he says, was 150 pages long; he penned it even before working with Redford on 2016’s Pete’s Dragon.

“When we did that film, I spent a lot of time looking at him through a viewfinder and on a monitor and realized that he just carries that with him everywhere he goes,” Lowery says.

“I went home after we made that movie and rewrote the script. It came out at 85 pages. I wanted it to live in the close-ups on Redford and linger on everything that he has done in his career. I’m not going to comment on any of that or talk about it, but I’m going to trust the fact that (those associations) will be there and that that baggage will support the film.”

In terms of thinking about how filmmakers pull off such feats, I was reminded of Steven Soderbergh’s Out of Sight, which relies on George Clooney at his silkily charming best doing his version of a Redford impression. The Old Man and the Gun takes that canny sample and allows the OG to reclaim the beat.

Going a step further, there’s another Soderbergh feature, The Limey, which capitalizes on a similar cinematic callback. Terence Stamp plays a volatile Englishman who journeys to Los Angeles to find the man responsible for the death of his daughter, but Soderbergh doesn’t merely assume that we will make the connections between the aging Stamp before us and his earlier onscreen iterations; he weaves in actual samples, like a mad scientist DJ behind the wheels of steel, quoting directly from those past images.

It feels like Lowery makes the right choice here with Redford. We don’t need the obvious reminders. We recognize Jay Gatsby (The Great Gatsby), Henry Brubaker (Brubaker), Bishop (Sneakers), and even Alexander Pierce (Captain America: The Winter Soldier) in the twinkle of Redford’s eyes and we acknowledge that he’s still able to kill us softly and surely, after all these years.