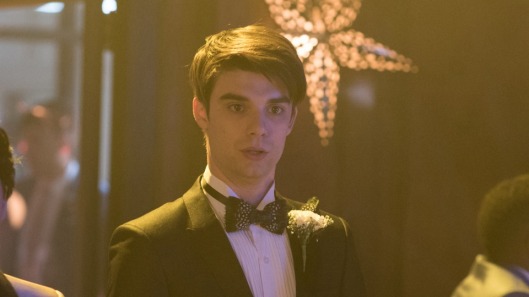 Netflix has seized the crown from HBO this year, with 112 Emmy nominations to 108 for the premium cable network. As reported in the Los Angeles Times last week, “It was the most of any network and more than double its total from two years ago.”

The streaming service, working outside the evolving network and cable television model, has been able to make this charge due to its ability to overwhelm the market, thereby offering titles that cover every genre, from the gilded prestige of The Crown to the gritty apocalyptic Western world of Godless.

Yet, when it comes to original movies, which should be a great opportunity for Netflix, the streaming giant appears to be stuck in the “straight-to-video” undertow of the past. Back in the day, that appellation hung like a storm cloud over titles with cheaper B-movie aesthetics and formerly bankable stars now on the decline (projects from Jean-Claude Van Damme or Steven Seagal after their mid-1980s/early 1990s peaks), or low-rent sequels to unglamorous hits when the headlining stars refused a return engagement (American Pie Presents: Band Camp).

In the early half of 2018, Netflix rolled out a pair of movies from Adam Devine, a comedic character actor with credits from television (Modern Family) and film (the Pitch Perfectfranchise) that probably caused the company to bet on his breakout potential as a star. Yet, the romcom When We First Met clunkily attempted to blend elements of Big with Groundhog Day, and Game Over, Man! sought to replay Die Hard with a trio of bumbling bros and resulted in 90-plus minutes of flash-frozen mediocrity.

Next, it seems someone in the pitch room had the tired idea to target the young adult audience with a story about a quirky teen (Joey King) who has never been kissed. She decides to stage a kissing booth at her high school carnival, which gives her the chance to plant one on her ultra-cool secret crush (Jacob Elordi), who happens to be the brother of her best friend (Joel Courtney). You can see the sparks flying, right? And it’s called, with wild originality, The Kissing Booth.

The service’s bottom-feeding stream continues with Alex Strangelove, another of its YA-wannabe titles. This one has a TV-Mature rating, which teases audiences with the possibility of a franker handling of the romantic quandary faced by Alex Truelove (Daniel Doheny), a virginal high school senior intent on going all the way with his girlfriend, Claire (Madeline Weinstein), until Elliot (Antonio Marziale) wanders into his life. The premise is more straightforward than Love, Simon, and with talented writer-director Craig Johnson in the driver’s seat, there’s a glimmer of hope.

But despite all its “bold” talk about sexual and gender fluidity, the film lacks the beautiful darkness Johnson brought — with Kristen Wiig and Bill Hader as his partners-in-crime — to the powerful film The Skeleton Twins, a romantic dramedy.

Enlisting talent like Johnson would seem like Netflix is making a conscious and conspicuous upgrade in its approach to original films, following on the heels of its late 2017 team-up with indie writer-director Noah Baumbach (The Squid and the Whale, Greenberg) for The Meyerowitz Stories. That featured such heavyweights in its cast as Emma Thompson, Dustin Hoffman and Ben Stiller, with Adam Sandler holding the center in a quietly revelatory dramatic turn.

But that film — an affecting study of family dynamics, steeped as it was in Baumbach’s arch — was a case of Netflix acquiring an adult film to gain prestige on the festival circuit, with an eye toward awards and limited theatrical release. It was not an original Netflix production.

But its own productions just aren’t as equally ambitious — it struck up a partnership deal with Sandler to spit out the flaccid action-comedy The Do Over, The Ridiculous 6 and The Week Of, his latest team-up with fellow comedian Chris Rock.

Netflix was born as the sun was setting on the DVD market and quickly adapted to the virtual reality of streaming content, yet it looks like it’s dooming itself to compete for the audience by adhering to the old straight-to-video playbook.