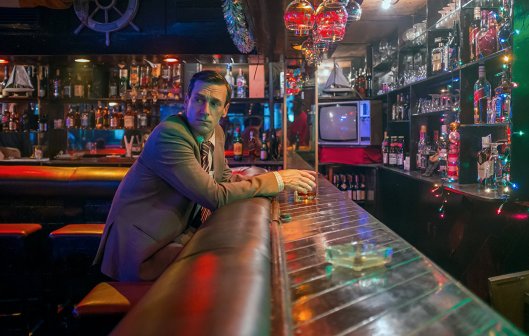 You know you’re in for a smart thriller if it comes from the mind of Tony Gilroy, veteran screenwriter of the first four movies in the “Bourne” franchise as well as “Michael Clayton” and “Duplicity,” both of which he also directed. He understands that heightened emotional and political stakes make for greater thrills than mere action hijinks alone. And with Brad Anderson (“Session 9” and “The Machinist”) as his accomplice, “Beirut” captures the best elements of foreign spy procedurals. There’s also no way audiences will feel let down when equally crafty performers like Jon Hamm, Rosamund Pike, Dean Norris, Mark Pellegrino, and Shea Whigham imbue the politics with a lived-in sense that anything could happen in this God forsaken region where CIA operatives and diplomats probably shouldn’t be playing spy games in the first place. 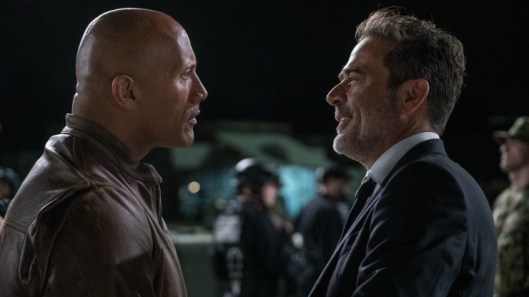 Everything, outside of this review, will tell you that “Rampage” is an adaptation of a videogame with Dwayne Johnson, reminiscent of his first outing in 2005’s “Doom.” I’m not interested in focusing on that because I’ve never played either Doom or Rampage, but I have seen both movies and I can say that each adaptation barely worked as a filmed narrative. “Rampage” is nominally better because in the last decade or so, Johnson has developed into a well-honed piece of charming muscle. The thing is that he works better with others (even if the off and onscreen relationships are fractured like his dynamic with Vin Diesel in the later installments of the “Fast & Furious” movies) than when he’s cast opposite CGI. I bet, in another movie, he and Naomie Harris could generate some seriously warm and fuzzy sparks, but in “Rampage” they can barely stay a step ahead of fakery of a city under siege by mutated animal monsters that would make the actual videogame look like a wildlife documentary. 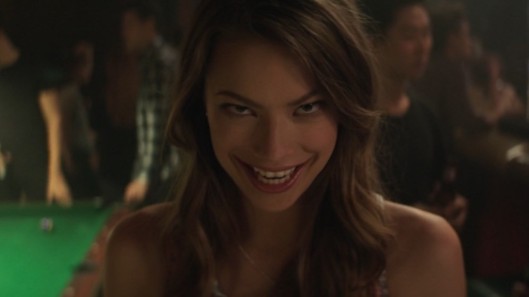 I have to own up to my own guilty fascination with the “Final Destination” movies. Everyone understood that there was nothing to the stories other than watching the gimmicky deaths of the blank characters paraded before us. Death, as a character, looms over the series and takes on a life of its own that’s far more fun than any of the cardboard cutouts on the planes, bridges, or NASCAR arenas featured onscreen. “Truth or Dare,” the latest Blumhouse horror production seeks to sincerely imitate the “Final Destination” model, with the creepy thrill of playing a childhood game gone supernaturally wrong as the hook, but director Jeff Wadlow (“Kick-Ass 2”) and his assembly line team of writers forgot the first important lesson. If you’re going to kill and kill again, you have to do it with daring style. Otherwise you end up boring your audience to death, meaning they won’t come back for more.