A mainstream film about a closeted student in a supportive environment, it both harkens back to John Hughes and breaks new ground 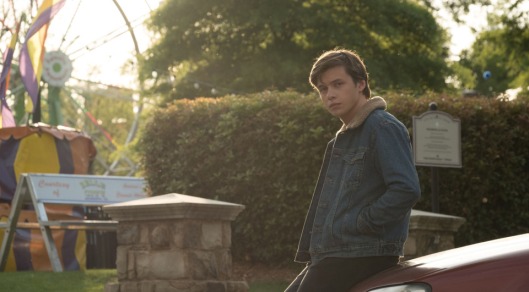 It’s a bit strange that Love, Simon comes from television producer extraordinaire Greg Berlanti, the creative force behind Arrow, The Flash and Supergirl.

After all, it eschews super heroics for a very human story — it’s about a still-closeted Atlanta-area high-school student learning to come to terms with his sexual orientation. Berlanti worked with screenwriters Elizabeth Berger and Isaac Aptaker to adapt Becky Albertalli’s novel Simon vs. the Homo Sapiens Agenda.

This, of course, is something new for mainstream teen movies. Yet, it’s also very much part of a tradition. By 2001, Joel Gallen made a parody of teen movies, Not Another Teen Movie, set at John Hughes High School, because high school in teen movies had seemingly become the place where every outcast could rise up, reveal their true selves and find love and happiness by the final reel.

Even though the new millennium brought a self-aware, hipper variant in movies like Mean Girls (2004) and Easy A (2010), they still have the same-old teen archetypes of earlier John Hughes films. And how many times can we watch that?

But Love, Simon finds there’s still life in this genre. As played by Nick Robinson, Simon is a typical teen with a loving and quite traditional family (Jennifer Garner and Josh Duhamel are his parents; Talitha Eliana Bateman is his sister). He has good friends (Katherine Langford, Jorge Lendeborg Jr. and Alexandra Shipp) and a privileged life that’s begging for a level of complication to give it all some meaning. He’s a product of the age of smartphones and social media, a creature who should be accustomed to the comforts of living and speaking freely through a touchscreen.

Simon comes across like the lovechild of Duckie (Jon Cryer) and Blane (Andrew McCarthy) from Pretty in Pink — soulful yet utterly ordinary. Except he’s gay.

And he somehow hasn’t noticed that, in his world, being gay isn’t quite the dilemma it once was. So he’s secretive about it, probably unnecessarily so. That observation isn’t meant to take anything away from the real-world struggles many endure in similar situations. But in this movie’s universe, coming out elicits little more than shrugs. This is the world we speak of in dreams, the kind evoked by Martin Luther King Jr., but without all of the ass-whuppings it took to realize his vision.

In Love, Simon, Simon develops online communication with another closeted teen, someone who refers to himself as “Blue.” A third person, a blackmailer, discovers this and threatens to out Simon. What Simon does propels the plot forward.

Simon, at every turn, makes things far more difficult than they need to be. But it’s understandable. When we speak of someone being born in the wrong time or place, Simon’s a prime example. He has the perfect life and either doesn’t quite know it or he’s too afraid to trust it with his secret. So, he makes choices based on his assumption that the worst thing he could ever imagine is exactly what’s going to happen.

There seems to be a trend in contemporary teen movies to lean more toward drama than comedy. Recently, director Michael Sucsy’s Every Day — an adaptation of David Levithan’s novel — explored the mysteries of love and attraction in unconventional fashion, as an awkward teenager falls for a presence capable of moving from body to body. Films like Everything, Everything and the upcoming Midnight Sun deal with teens forced to confront life-challenging or -threatening disorders while struggling to achieve meaningful connections.

And then, on the streaming side of the distribution equation, Netflix has offered original shows like The End of the F***ing World and 13 Reasons Why, which rush headlong into worst-case scenarios where the consequences are far more dire than in many adult dramas.

Once upon a time, we knew the kids would be all right because reel life refused to challenge them. Now, as in Love, Simon, we can still feel reasonably certain that they will see through whatever life throws their way, but it’s because the stakes are so high that they have to. Fortunately, characters like Simon have “the character” to make the right choices. (Opens Friday) (PG-13) Grade: B