On Sept. 23, the organization will turn Over-the-Rhine alleys and side streets into a mock movie theater for a party called Backlot 30. 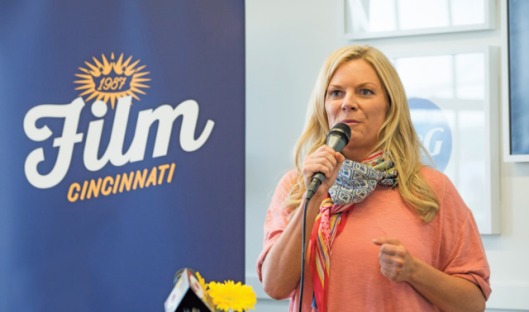 On the evening of Sept. 23, Film Cincinnati celebrates its 30th anniversary of supporting local film production.

The organization will transform Over-the-Rhine industrial alleys and side streets into a mock movie set for a party called Backlot 30.

The plan is to use the party as a way to showcase the technical expertise of the behind-the-scenes film crews. Those who attend will be able to meet those who get the region ready for its close-ups in the movies.

The nonprofit is proud of its accomplishments — it has helped such Oscar-winning and -nominated movies as Rain Man, Traffic, Ides of March, Carol and Seabiscuit shoot at least some scenes here. In 2016, Film Cincinnati reports, the movie industry contributed $38.3 million to the local economy — twice as much as the previous year. 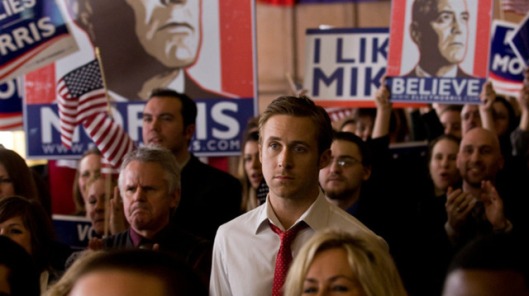 And the successes keep coming: At this year’s Toronto International Film Festival, two Cincinnati-shot movies are screening: The Killing of a Sacred Deer and My Days of Mercy.

It’s quite an accomplishment, especially when you consider that after the 2001 civil disturbances in Over-the-Rhine, Cincinnati’s national/international image seemed to have reached a low point.

With a city plagued by a hollowed-out urban core straight out of suburban nightmares, no one could (or wanted to) see the glorious foundations of our German architecture, the period markers that recalled old New York or the artistic buds striving to break through the hard concrete.

But in 2017, Cincinnati is like Matthew McConaughey during his hot streak of good roles that started with 2011’s The Lincoln Lawyer and went through to his Best Actor Academy Award for 2013’s Dallas Buyers Club. (By the way, why hasn’t McConaughey made his way to the Queen City yet?)

Of course, everyone wants to rave about 2015’s Carol, the lush Todd Haynes adaptation of a Patricia Highsmith novel, while also showering some jazzy love on Don Cheadle’s Miles Ahead. But we shouldn’t sleep on lesser-heralded Cincinnati movies like A Kind of Murder, Marauders and Goat. 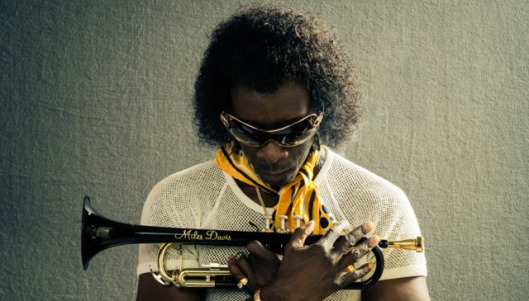 And who can forget the surreal suburban-drug-den vibe of Steven Soderbergh’s 2000 Traffic or, before that, the lush color and propulsive energy in Bill Duke’s A Rage in Harlem from 1991? That might be the film that, for me (long before I landed in Cincinnati), set the tone for my expectations of this place becoming a big-screen attraction.

I’ve mentioned before that I arrived in Cincinnati from Philadelphia, where the city served as the personal muse for M. Night Shyamalan in films like The Sixth Sense and Unbreakable (and helped to trigger a transformative rebirth for him as well in recent years with The Visit and Split).

I wondered if Cincinnati would be able to inspire a local talent like that, capable of lifting the city up on their shoulders for all the world to see and appreciate.

And the funny thing is, the city has indeed found that someone in the form of Schlotman, who proves, day in and day out, that true vision and will are all about the detailed planning and execution found in the mind of an executive producer, which is largely her role.

Schlotman is a talent wrangler extraordinaire, and her talented charge just happens to be the city of Cincinnati.

“When this office opened in 1987, movies were still driven by the director, the creative,” Schlotman says. “Today, movies are driven by the business deal. So, the biggest thing that has happened during my tenure is the fact that the tax credit plays such a major role in filmmaking and our ability to recruit motion pictures here. Back in the late ’80s and ’90s, movies and crews were coming to Cincinnati because of the period architecture, because we could appear like New York. We were doing a lot of New York period pieces.”

Schlotman says tax incentives during the past six years have helped drive business back to Cincinnati.

“Once we had the incentives in place, we went back to what we did well, marketing the period architecture,” she says. “That’s what helped us to kick-start and sustain Carol, which was the first film shot entirely here. We had Ides of March, but that was only about 50 percent shot here. Carol showed the rest of the film world that beyond the architecture, we had the infrastructure that could support production of a major motion picture. The thing I love about Carol is that almost every single (below-the-top-line) role in that film we cast with local people. That was a huge calling card for us, in the industry.”

Schlotman continues: “From there, we did Miles Ahead and then A Kind of Murder. And one of the producers from Carol passed along a recommendation to the Element Pictures production team from The Killing of a Sacred Deer. That’s what’s so exciting.” 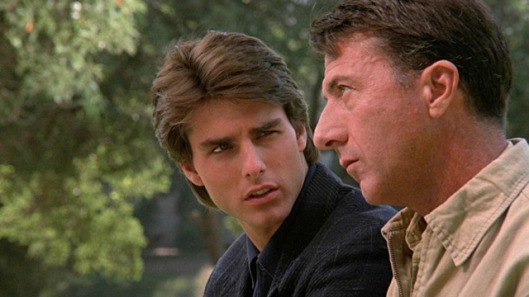 Film Cincinnati has come a long way since its humble beginnings as a location-scouting outfit for Rain Man in 1987, and Schlotman’s 20 years at the helm have been critical.

She says she’s more than ready to handle the next phase for the organization: luring television series.

“There is now language in (the new budget) that would give a series priority in the queue over motion pictures, which is important because a series is better for tech jobs,” she says. “If we can anchor a Netflix, Amazon or HBO show, that’s showing we can handle the long-format.

“It would be great to see a couple of those. Not that we would want to say goodbye to motion pictures, but we want to make ourselves available.”