Sometimes, the best way to recap the first day of a film festival is to find an easy quotation like, “it was the best of times, it was the worst of times,” because, for me at least, the last two years at the Toronto International Film Festival have offered some of the best standout moments that I would experience and others that fade, almost immediately, into oblivion. Last year, I kicked things off with Manchester By the Sea and found that every other film suffered in comparison, some despite being quite strong outings. Only Moonlight stood strong enough in the face of that wondrous and brooding Sea (and look at what ended up happening at the Oscars). We would be so lucky to have a repeat of that, right? 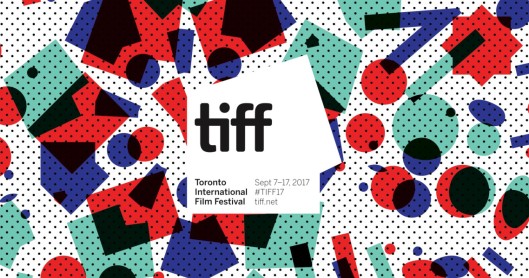 This year, I entered the rapturous dream of Luca Guadagnino’s Call Me By Your Name, with its forbidden lovers (Timothée Chalamet and Armie Hammer) gradually throwing caution to the wind in the early 1980s, while Michael Stuhlbarg, as the father of Chalamet’s character and professorial mentor to Hammer’s, makes true, hard-earned wisdom the tough and tender meat of fatherhood. Those of us who remember what it was like to be a teenager or early twenty something in the time period might long for the innocence and freedom, the ability to slip free of social norms and rules that the narrative promises (which Guadagnino delivers with an expert and sensual touch), but I found myself longing for some of the tension and painful confusion that Barry Jenkins and Carell Alvin McCraney gave us in Moonlight. Call Me By Your Name is the highly-charged summer fairy tale, the memory of which will quietly haunt its lovers (and the eager and adoring audience), but it feels like the first act of a life waiting to be lived.

If that’s the best – and again, remember this is only day one – then maybe the worst of times was Michael Haneke’s Happy End, which several press and industry types filling out of the screening dismissively called “minor Haneke.” Multiple generations of an affluent family (Isabelle Huppert, Jean-Louis Trintignant, Mathieu Kassovitz) stumble through lives of grim desperation, with the intention of making the audience feel something – pity or horror at their scratching and clawing at the good and rich fabric that life has cloaked them in. Personally, I love how Haneke (two versions of Funny Games, The White Ribbon, Amour)  presents the rotten core of humanity with such shamelessness, or even the desire to tame it with broad humor, but I do understand how and why some will see this as a minor effort, or a rehash at best.

I ended the day, somewhat happily, I might add, with John Woo’s Manhunt, another retread by a filmmaker who has been reviewing his highlights for longer than audiences might be comfortable with, but when you strip away all of the slo-mo power moves, the bullets and bodies flying through the air, and the twinning of good and evil that spirals hopelessly out of control, what you’re left with is the genuine feeling that Marvel should sit down with Woo and hand over the keys to one of their comic book franchises. His visual style is so made for reframing the graphic and madly comic adventures of their larger than life heroes and villains. The problem with this idea is that for it to truly work, Marvel would have to let Woo be Woo. He’s going to run roughshod over the material, instilling it with too much…of everything (corny humor, mythic moments, cardboard characterizations), but the finished product just might be the best distillation of what Stan Lee and Jack Kirby had in mind back in the day.