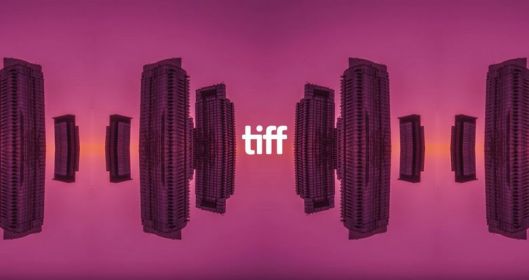 Day Three of festival screenings and related events and the thematic possibilities continue to expand. My schedule unifies, or maybe it would be better to define it as a coalescence, around how films (re)frame history, both personal and communal.

I am divided in my reaction to American Pastoral, Ewan McGregor’s directorial debut, which is based on Philip Roth’s 1998 Pulitzer Prize-winning novel. The story of Seymour “Swede” Levov (played by McGregor), a successful Jewish high school athlete, late WWII veteran, and businessman from Newark, NJ, captures life during the pivotal years of social change from the 1960s through the 1970s, but is framed around a class reunion in 1995, where Roth alter-ego Nathan Zuckerman (David Strathairn) learns about the tragic life of his high school hero. The film strives to balance the cultural upheaval of the times, including riots in the streets over police brutality, Vietnam War protests, and revolutionary (what we today would call terrorist) strikes on US soil, and does so intimately, in the case of Swede’s narrative, by having the period shape up as a battle between the protagonist’s middle-of-the-road approach and the far more defiant position taken by his daughter Merry (Dakota Fanning).

Merry ends up protesting her sheltered, perfect world (Swede and his Miss New Jersey wife, played icily by Jennifer Connelly set a high all-American standard) as much as the issues of the day, and the film struggles nobly with the larger social debate and the interpersonal dynamics of the family. And while it fails to translate the true power of the historic moments, I couldn’t help being moved by the relationship between Swede and Merry. There is genuine love, and a certain honest attempt on his part to appreciate Merry’s perspective. As a parent who understands that we worry whether we ever get this right with our children, I felt Swede’s pain, and in those moments, the story actually became less about him, achieving in the briefest of snippets, the idyllic American representation that Roth put forth in the novel.

I fast-forwarded from American Pastoral to the recent past with Oliver Stone’s Snowden and recognized the veteran director’s frenzied vision being shaped by the meticulous introspection of his subject Edward Snowden (Joseph Gordon-Levitt), the whistle-blowing CIA analyst who pulled back the curtain on US government’s program to compile and corral infinite data in its war on terror.

Loosely constructed around Citizenfour, the Laura Poitras documentary on Snowden’s global unveiling of his exposure of the government’s scheme, Stone walks us back through  the events in Snowden’s life that led to the current situation. There is history lurking – the terror attacks on 9/11 and the ensuing wars – but that all takes a curious backseat to the insular experiences of Snowden. For a young man, supposedly driven by these events and a desire to make change, what emerges is the portrait of a man constantly retreating behind an ever-shifting wall. And Stone, in what amounts to a respectful pose, stands on the outside gazing at the barrier without attempting, in his usual way, to detonate the obstacle and render its fall in a blaze of glory.