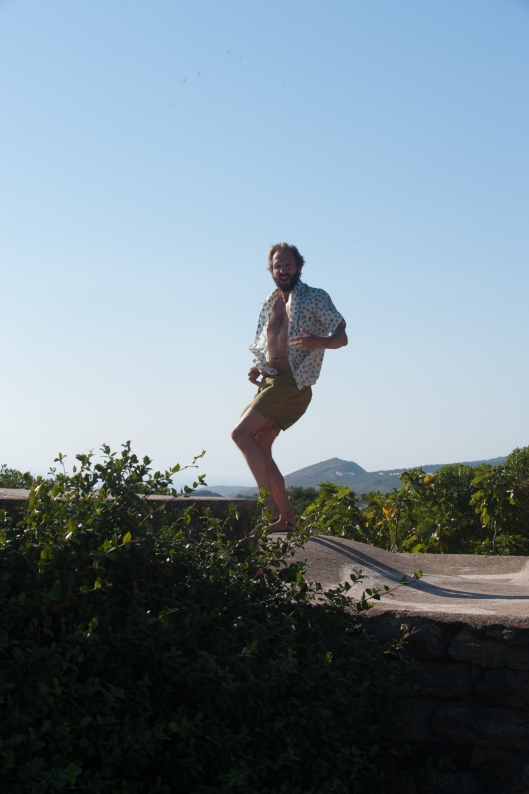 There is a delicious thrill in watching a completely dialed-in performer tackle a truly larger than life character, one of those outsized personalities that can dominate a story, crowding out others, even the presumed protagonists. Two of the most recent instances of such glorious, attention distorting performances involve Ben Kingsley in “Sexy Beast,” all the way back in 2000, and Jude Law in “Dom Hemingway” from 2013. It is worth noting that Law’s Hemingway bloke, a balls-out tough guy re-emerging after 12 years in prison, seeking what he believes is his due for keeping his trap shut, bears more than a passing resemblance to Kingsley’s brutal Don Logan, a volcanic force of nature, hell-bent on recruiting a retired felon (Ray Winstone) for the classic “one last job” that everyone knows will never go well for anyone involved.

Kingsley sets the highest bar in recent memory because of the jaw-dropping contrast in Don Logan compared to the more recognizable performances in the Academy Award-winning actor’s filmography. Logan alone in the frame is the rampaging Travis Bickle in the heat of the moment, blasting his way through any sucker unfortunate enough to wind up in his path (to say nothing of Logan when he’s ravenously chewing up his co-stars like so much tasty scenery). Kingsley creates a predator with a boundless appetite for destruction, barely contained onscreen.

Joining him in this select pantheon now is Ralph Fiennes, another thespian known for his quiet intensity and sensitive intellect. Fiennes has been twice nominated for Academy Awards—“Schindler’s List” in 1994 and “The English Patient” three years later in 1997—but even as the Nazi camp commandant in “Schindler’s List,” a role requiring him to indulge in unspeakable evil, he rarely lets loose, pushing the pedal all the way to the floor. He leaves us wanting more, whether it is demonic depravity or romantic passion.

Which is what makes his Harry Hawkes, in Luca Guadagnino’s “A Bigger Splash” such a spellbinding treat. Harry isn’t exactly an evil genius or a criminal mastermind. Truth be told, he’s something worse—an impresario who sees himself as the only story, the greatest life ever committed on God’s green Earth.

But before Harry enters the frame, Guadagnino presents Marianne Lane (Tilda Swinton), a legendary figure in her own right. Marianne is a rock star of the first order; equal parts Bowie and Jagger with maybe a touch of Dylan and Leonard Cohen in her poetic delivery. That she contains all of these elements without bursting at the seams or dissolving into nothingness is a testament to Swinton, an otherworldly presence who actually seems to be acting’s equivalent of this epic splicing of creative DNA.

Marianne, recuperating from throat surgery, passes the time with her younger lover Paul (Matthias Schoenaerts), a photographer and documentary filmmaker as only a pair of such high-profile folks can—in isolation on a remote Italian island where they can have sex and sun bathe in the nude all the time, partaking of such mundane acts like eating and breathing with only passing interest. A healthy dose of envy arises from watching these two, but it is impossible to completely comprehend, not unlike contemplating the genius of Michelangelo or Mozart.

Enter Harry and Penelope (Dakota Johnson), his bored but innately dangerous daughter. Harry, the former lover and producer/manager of Marianne sweeps in like a perfect storm, stirring up drama between the retiring couple that, we learn in flashbacks, he brought together. These memories pop up without seeming like disjointed breaks in the time flow, mainly because nothing could ever be as disruptive as Harry. He makes pronouncements and tells rambling stories, as if the very act provides all of the necessary oxygen for the world. When he’s not speaking, Harry dances and drops trou for impromptu swims whenever the mood strikes him, which is often.

We’ve never seen anything like Harry, especially from Fiennes, and we can only sit back and wait for him to burn through the narrative and character. He’s a planet crashing into a man-made lake, not creating “a bigger splash,” so much as obliterating the body of water.

Each of his co-stars more than hold their own, a supreme feat, and somehow the narrative bends back toward a conventional dramatic angle. The developing tangle of emotions feel familiar to us, but Harry, well, he’s something else altogether. Something that simply takes your breath away.