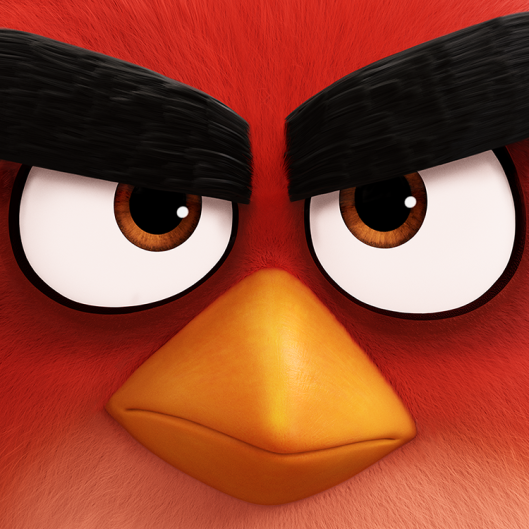 SUBVERSIVE CASTING IS THE REAL STAR OF NEW ANIMATED FLICK

Every once in a while, I start off a review with a disclosure, usually highlighting a critical blind spot of sorts that I assume might taint my perspective. And so I feel I must inform readers that, in the case of “The Angry Birds Movie,” I come to the material with absolutely no knowledge or experience with the game that serves as inspiration for this feature film adaptation. The best thing I can say is that I do know that there is an “Angry Birds” game, which means I don’t live under a rock or locked away in darkened movie theaters all the time.

That being said, I wandered into the movie with zero expectations and a carefully constructed blindness. I had seen the trailers, but watched and listened with a degree of heightened detachment, downplaying the usual curiosity that leads me to research elements I might be unfamiliar with at that stage. So, I had no idea about the creative team behind “The Angry Birds Movie” or the voice talent involved. Flying blind usually means the movie in question is likely a second or third tier release with no real breakout potential.

Right off the bat, “The Angry Birds Movie” sought to prove me wrong. Fully dialed-in, I immediately recognized that Red, the hero-in-the-making, was voiced by none other than Jason Sudeikis, a Saturday Night Live alumnus who has a sneaky way of stringing me along anytime he’s onscreen. Unlike fellow alumni Kristen Wiig or Bill Hader (so touching together in “The Skeleton Twins”), I don’t buy him as a sad clown with dramatic potential; instead Sudeikis utilizes a barely contained rage, spewing caustic attacks that corrode their subjects like battery acid.

Which makes him oddly perfect when rendered in animated form because the dark depth of his tone defies our expectations. Red, despite being the color of anger with the bushiest eyebrows this side of the late Abe Vigoda, is a cute little critter, a member of a flightless flock of birds inhabiting an island paradise. Alone and left to their own devices, the birds are a happy and carefree lot, for the most part.

As one of a handful of outsiders with anger management issues, Red must attend classes to curb his rage, where he hooks up with Bomb (Danny McBride) who quite literally explodes in moments of frustration, Chuck (Josh Gad), a quicksilver prankster more so than a truly fiery type, and Terence (Sean Penn), a seething behemoth. Now, stop for a minute, take a second look at that list of names providing voices for “The Angry Birds Movie,” and tell me there’s a better selection that could have been compiled. I dare you.

Sudeikis downplays his fiery temperament, lately as a comedic romantic lead who obviously doesn’t believe in the transformative power of love until it has wrapped its hands around his throat. There’s nothing normal about him, which makes him a lousy choice for safe dad-in-the-making roles (and explains why he was so right as the small-time drug dealer in “We’re the Millers” opposite an against-type Jennifer Aniston, as a stripper pretending to be a wholesome mother and oh-so-wrong as the grieving husband-father in “Mother’s Day,” again dancing with Aniston). You want the mean Sudeikis, the prickly hermit, and Red allows him free reign.

The added genius lurking in the work of first-time directors Fergal Reilly and Clay Kaytis, who worked in the art and animation departments on live action films like “Spider-Man 2” and “The Longest Yard” remake and animated features (“Cloudy with a Chance of Meatballs” and “Wreck-It Ralph”), is their ability to provide just the right contrast between the voices and their animated avatars. Each and every voice artist brings a similar edge. No one in their right mind would think of gathering this group of oddballs for a live action family film; they might scar children in the audience for life. But “The Angry Birds Movie” channels every quirk of personality, every ounce of misanthropic rage into forms that function to teach the lesson of how to hone that passion into a useful direction.

Now that’s what I call a winning and quite game formula.