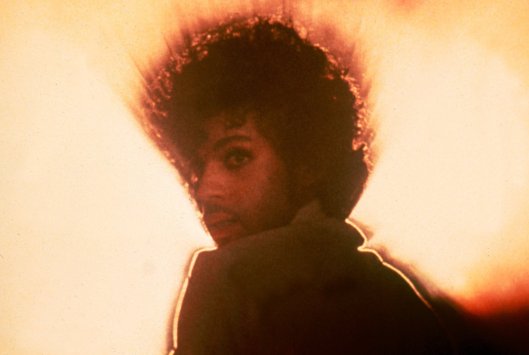 Prince is pictured here as The Kid in the movie “Purple Rain.”

It’s so hard to say goodbye to yesterday.

As a film and cultural critic—and today I lean much more heavily on the cultural side of the ledger—I have to say something about the passing of Prince Rogers Nelson. I am defined in ways large and small by my 1980s references. I came of age during that miraculous decade. “Blue Velvet” is the film I will forever rank at the top of my list of favorites. And Prince will always be my favorite musician, pop star and icon.

“1999” and “Thriller” were the first two cassette tapes I bought, as I was making the transition from albums. “Purple Rain” was the first film I remember going out of my way to see multiple times on the big screen. “Under the Cherry Moon” is the guilty pleasure I need to stop referring to as a guilty pleasure. It is a glorious bit of fun, although I have always wondered how Kristin Scott Thomas was able to recover from this less than auspicious debut.

Prince had a complicated history with the internet and the representations of himself out there. He fought to seize control of his masters, and waged fierce battles to hold onto any and all reflections of himself. His passing reminds me that his greatest appearance on the big screen, his 1987 concert film “Sign ‘o’ the Times” remains unavailable on DVD in the United States.

To see him in his glory, it would be best to track down his 2004 Rock and Roll Hall of Fame performance of George Harrison’s “While My Guitar Gently Weeps” with an all-star band including the likes of Tom Petty, Jeff Lynne, Steve Winwood and Harrison’s son Dhani among others. It is a marvelous summation of the best aspects of Prince. The song starts off with Petty and Lynne leading the band through their paces. It is a stately thing, totally befitting the grace and majesty of the song. It is reminiscent of, say, “Ocean’s Eleven,” with everyone contributing to the unfolding caper, but you just know that he’s the real Danny Ocean, the man in control of it all.

Or maybe it might be better to compare it to “The Usual Suspects” with Prince emerging from the wings halfway through as some dapper Keyser Soze burning up the track, inciting the other performers and the audience to a greater high than anyone expected. “I can feel my legs, Keyser,” we should be saying to Prince, because he makes sure we can feel every pulse, every tear pouring out of his guitar, which is certainly not weeping gently. There is a flood erupting from the strings, a Texas-style flood like Stevie Ray Vaughan at his best.

But for all of the pop artistry we had come to appreciate from Prince, the sexy rhythms and slithering dances with the James Brown hip-breaking splits, this man onstage gave us something more. He lurked in the background at first, seeking to avoid the spotlight early on like Verbal Kint (Spacey) in the holding cell at the beginning. But then he sets things off with a piercing blast and the light captures him full on. Eyes closed with that red fedora, the red shirt opened down to his navel and the red pocket square. He opens his eyes and soon he’s smiling—can you believe it? —catching the eyes of Petty and the others, signaling that he’s got a scheme, a daring plan to execute. And does he ever.

He’s pimping around, in “Purple Rain” mode, but he’s not some young punk anymore; there’s a knowing sense of command in every gesture. He leans back into the crowd, only to be caught by a bodyguard/stage hand, but we see in that moment, not his face, but Dhani’s and the great laugh the two men share. Dhani must be thinking of his father looking on from the great beyond at the scene, smiling with joy. This is what music is supposed to be about, what the moving moments of film offer us.

This is the passion of the lovers in “Blue Is The Warmest Color” and the manic frenzy of the Joker (Heath Ledger) in “The Dark Knight.” Prince onstage, in these recorded scenarios, exhibited the level of command and grace we associate with dazzling performers like Pacino, Hoffman and De Niro. He was a rock ‘n’ roll method master.