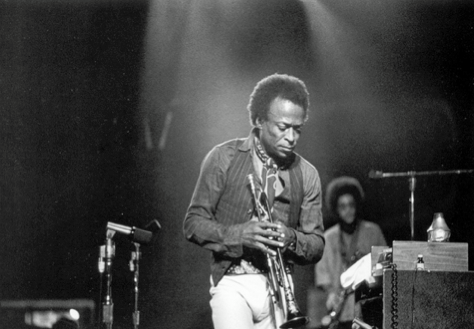 HOW FILMMAKERS AND AUDIENCES APPROACH LEGENDS

“Take if you will a picture,” isn’t that the intro to “When Doves Cry,” the song that, to my mind, kicked off the 1980s phenomenon that was Prince? The picture that he took, and that he convinced audiences to check out as well, was “Purple Rain,” a story that was perfectly timed to mirror the rise of Prince as a cultural icon. The Kid, his character, was a dreaming striver in Minneapolis with a father who was a former musician and abusive figure. We watched him engage in a romantic and professional test of wills against his rival (Morris Day of The Time), while struggling to overcome Oedipal issues. This wasn’t exactly Prince’s life story—and why would anyone have cared if it was, at that point, Prince wasn’t a household name yet—but it felt like it could have been, and there he was; Prince “playing” Prince. Audiences, especially those already hip to his evolving discography, got to join the Minneapolis faithful in the “purple rain.”

Not a single moviegoer lost any sleep over questions as to whether or not “Purple Rain” accurately depicted scenes from Prince’s history and the film never makes any claims one way or the other. The film simply became a mythic representation of who Prince was to us. We talked about its scenes as if they were true without needing to back up the facts.

By 2004, writer and director Taylor Hackford gave us “Ray,” the somewhat hurried overview of the life and times of Ray Charles with Jamie Foxx as the legendary performer. There was the sense that the biopic had to get the details right, while also attempting to walk the fine line between honest truth and protecting the honor of the Ray Charles brand. He was a drug-using womanizer, but audiences needed to leave the theater still respecting his greatness and appreciating (and loving) the man.

“Ray” accomplishes this goal, but now, years later, I find myself fascinated far more by the missed opportunity in the casting. Foxx, who earned an Academy Award for his portrayal of Charles, is a trained musician and singer who could have further bolstered his performance by covering any of Charles’ classic tunes. Hackford and the creative team chose to go with pre-recorded tracks, sticking to a degree of veracity that comes across as a safe decision that even Ray Charles would have laughed at, while boldly daring to buck convention.

A decade later, when Hollywood stepped up to the plate with the James Brown story, “Get On Up,” the risk factor rises, thanks in part to a greater willingness to embrace this side of James Brown himself. Tate Taylor, the director behind “The Help,” working with a screenplay from Jez and John-Henry Butterworth (“Edge of Tomorrow”), allow Brown (Chadwick Boseman) to break the fourth wall and address us directly in key moments. Brown, as a character, doesn’t ever truly offer the kind of explanation for the personally reckless (and potentially career-damaging) decisions he makes, but we appreciate this effort to humanize him, to make him one of us. In other presentations, like “Beat the Devil” from the BMW short film series “The Hire,” James Brown is purely elusive, mythic, and all but unintelligible, as only James Brown could be.

The latest figure to crossover from the musical scale to the screen is Miles Davis in multi-hyphenate Don Cheadle’s film “Miles Ahead” and what we get this time is far more miraculous and revolutionary than anything since “Purple Rain.” Cheadle, who devoted over eight years of his time, creative energy and resources as a producer and screenwriter to shepherding this tale, has made something that approximates the spirit of jazz in the service of a jazz man’s life.

We see Miles Davis during a period when, historically speaking, we know he wasn’t actively making music—and no one knows exactly what was going on. Cheadle takes what we know of Davis and his personality and fashions a work that attempts to speak a truth spun from fiction. Could Davis have been a crazy gun-totting gangster, in search of a stolen session tape, a man confined by the expectations and opinions of others and himself?

Sure, but maybe contemporary audiences would be wise to approach “Miles Ahead” with the benefit of the doubt that we afforded “Purple Rain.” Let Cheadle’s film achieve a degree of narrative magic and invest Miles Davis with the cultural cache that he deserves.