Ben Stiller, Christian Ditter, How to Be Single, Zoolander 2

The ensemble rom-com may not be dead just yet, but director Christian Ditter’s adaptation of “He’s Just Not That Into You” co-author Liz Tuccillo’s follow-up “How to Be Single” sure feels like the kind of shot to the heart that could be blamed for the inevitable demise of the genre (one can only hope). This totally sexless and loveless affair randomly stumbles after a quartet of New York women (Dakota Johnson, Leslie Mann, Alison Brie, and Rebel Wilson) as they futilely seek solace and fulfillment, but it is such a meandering mess, it seems as if the filmmakers and Tuccillo herself have never experienced a meaningful moment of human interaction, preferring to think and debate about it in a writer’s conference room after binge-watching a few dozen shows on a streaming service. 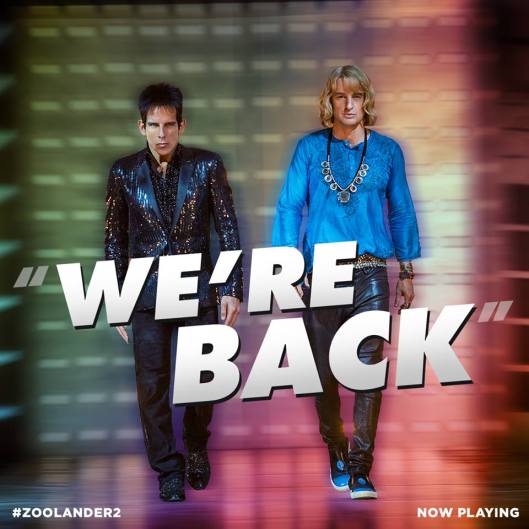 I am amazed and confounded by the idea that anyone would have considered Derek Zoolander (Ben Stiller) an iconic character after his launch over a decade ago. The eternally dim-bulb male model, brainwashed into attempting to kill the Prime Minister of Malaysia was a one-note joke rendered in stupefyingly tone-deaf fashion back in 2001. This broken note doesn’t sound any better 15 years later, although the combined comedic presence of Will Ferrell, returning for a second time, and Kristen Wiig guarantees a level of commitment above and beyond the call of duty. These two troopers inject a welcome degree of starship-grade camp that, at least, had me shaking my head and applauding their efforts.