Hail Caesar!, Pride and Prejudice and Zombies, The Choice

The life story of love deserves a degree of emotional and dramatic complexity that is sorely lacking in “The Choice,” the latest adaptation from bestselling author Nicholas Sparks. I must plead ignorance when it comes to the actual source material, but I will assume that director Ross Katz (an Academy Award-nominated co-producer of “In the Bedroom” and “Lost in Translation”) and screenwriter Bryan Sipe (“Demolition”) were merely working from the template offered by Sparks, which means they took on a project with no weight or depth, in the conflict department and had to rely on pretty faces – Benjamin Walker and Teresa Palmer – and our willingness to accept hope, faith, and belief over narrative storytelling elements. That’s no choice at all for critical audiences. 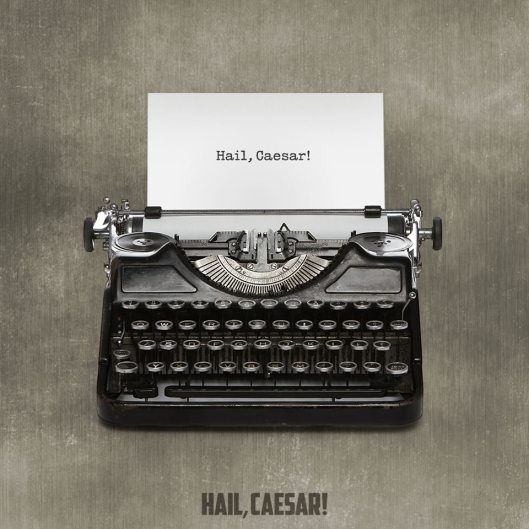 Intelligence is never in short supply in Coen Brothers films. Other closely associated sibling partnerships, especially within the creative realm, might be defined by the notion of the duos seemingly sharing the same brain, but that would end up selling the Coens quite short. For “Hail, Caesar!” they set their attention on the old Hollywood studio system – with Josh Brolin at the center of things as a studio fixer attempting to make it through a rather demanding day – and deliver a truly skewed screwball comedy that ventures into surreal territory at times, although it lacks the narrative cohesion to make all of its ideas stick in a meaningful way. Not quite up to the level of genius the Coens have achieved in the past.

We live in an age of genre mash-ups, and the more obscure or platform crossing, the better it would appear. Artists combine classic hip-hop album art with horror-based or crime-thriller movie posters. Of course hip-hop would work within this framework, the music, thanks to its use of sampling, is all about combining disparate elements in the service of creating something new. Screenwriter-director Burr Steers (“Igby Goes Down”) goes all-meta on Seth Grahame-Smith’s Quirk Books remixing of the world of Jane Austen, carpeting bombing the rigid social order with an uncouth undead element. The execution certainly feels “of the moment,” but the whole exercise comes across like a one-off project, a fun lark with no lasting impression or possible systemic impact on the creative process.