Adam McKay, a Will Ferrell collaborator going back to the “Saturday Night Live” before venturing into movies (on “Anchorman,” “Step Brothers,” and “The Other Guys”) and their website Funny or Die, brings whip-smart humor and a real sense of grand tragedy to this adaptation of Michael Lewis’s book on the insiders who foresaw the financial crisis and took advantage of the situation. It doesn’t hurt that “The Big Short” also features Christine Bale, Ryan Gosling, Brad Pitt and Steve Carell, all balanced perfectly along the line between surreal comedy and end of the (financial) world drama, but this is McKay’s vehicle all the way. He masterfully uses every stylistic trick in the book to reduce the largely indecipherable nature of high finance into an idiot’s guide that distracts us from the fact that we were all played for fools.

While Adam McKay (“The Other Guys”) was away, funnyman Will Ferrell reteamed with his straightest of straight men – Mark Wahlberg – in this Sean Anders comedy about a middle of the road guy (Ferrell) seeking to settle down with a woman (Linda Cardellini) and her two young kids, but his road to step-parenthood hits a roadblock in the form of the kids’ real father (Wahlberg), a mythic man’s man who lures him into an epic competition for the affection of the kids. If only Daddy McKay had been around the house, there’s a chance that the broad hijinks on display might have been anchored by some real heartfelt exploration into the dilemma of stepping into new familial dynamics. Or, at the very least, there would have been actual humor, instead of trailer-friendly set pieces.

I can’t say I’ve been the biggest fan of writer-director David O. Russell ‘s recent award-winning repertory ensemble (Jennifer Lawrence, Bradley Cooper, and Robert De Niro) or their overly-praised work together (“Silver Linings Playbook” & “American Hustle”), so there was little “Joy” for me in sitting through the latest project from the crew. Sadly, there’s even less cheer and glad-tidings in this wild (but true) story about Joy Mangano (Lawrence), a would-be inventor-turned business mogul who capitalizes on the rise of infomercials to sell her miracle mop. Joy’s slow rise to power feels, in some ways, like that of Michael Corleone, although Russell’s film seems to take twice as long to unfold without any of the engaging drama. The film, despite having a quirky collection of talent from film (Isabella Rossellini, Virginia Madsen, and Diane Ladd) and the television world of soap opera (Susan Lucci among others) suffers from a crippling tonal disconnect that never allows it to shine. 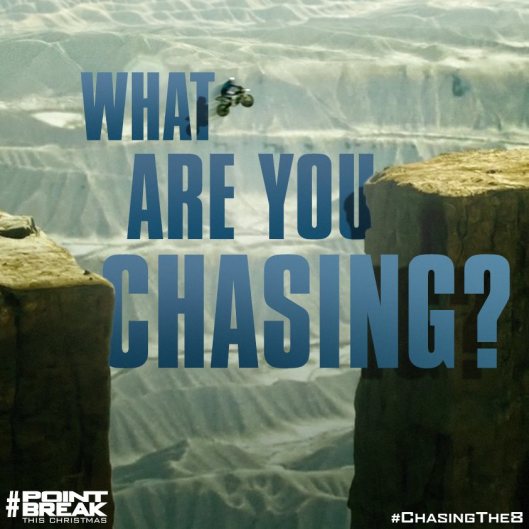 Director Ericson Core (“Invincible”) and screenwriter Kurt Wimmer (“Street Kings” and the “Total Recall” remake) do their best to tarnish the fond memories many of us have for Kathryn Bigelow’s brilliant embrace of B-movie aesthetics with Keanu Reeves and Patrick Swayze as the battling leads in a gonzo competition between an FBI agent and the leader of a gang of bank robbing surfers. The original “Point Break” winked and smirked knowingly at its faux-spiritual vibe, this remake plays it far too straight, encasing its new leads – Luke Bracey and Edgar Ramirez – in an airless (and humorless) affair that might just break their careers.