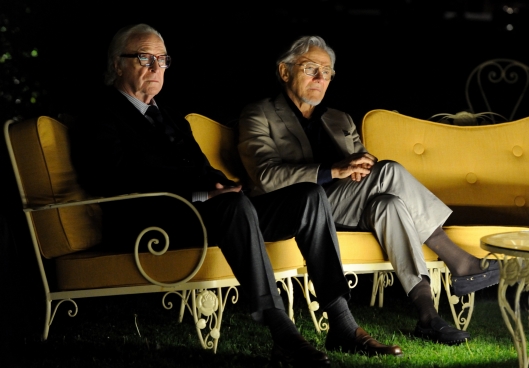 Let’s get right to it.

Youth – Italian writer-director Paolo Sorrentino, who won the Foreign Language Oscar for The Great Beauty, returns with Youth, the story of a retired conductor (Michael Caine) seeking to enjoy a holiday retreat with his best friend (Harvey Keitel) while fending off an invitation to perform for Queen Elizabeth II. Youth explores large themes with an artful disinterest that gradually becomes profoundly moving.

Spotlight – Director Tom McCarthy brought to life this true story of The Boston Globe’s Spotlight team’s investigation into the child molestation scandal in the Catholic Archdiocese (and its far-reaching prevalence throughout the entire Church) by immersing us in the dying art of old-school journalism. Spotlight shows us the time and attention to detail that it takes to uncover the truth, which runs counter to the fast, fast pace of the Internet and social-media-driven news cycle.

The Revenant – Revenge is definitely best served cold, but Alejandro González Iñárritu (Birdman) takes that sentiment far too literally, creating in The Revenant a situation in which the cold frontier environment cannot come close to matching Hugh Glass (Leonardo DiCaprio), an expert guide left for dead after a bear mauling, and John Fitzgerald (Tom Hardy), the mean-spirited trapper who not only made the decision to leave Glass behind but also killed his son.

Carol – Todd Haynes has often drifted in reveries of the past, where romantic longings clash with societal expectations (Far From Heaven). Carol, based on a novel by Patricia Highsmith (The Talented Mr. Ripley), far more powerfully engages in the battle as its young heroine (Rooney Mara), a department store clerk and would-be photographer, finds herself taken with an older married woman (Cate Blanchett) in 1950s New York (played with subtle and knowing nods by Cincinnati).

Brooklyn – John Crowley, working from a screenplay by Nick Hornby, enchants audiences with this tale of an Irish immigrant (Saoirse Ronan) who settles in 1950s New York and struggles to weave herself into the fabric of the new world until she falls for another ethnic striver (Emory Cohen). That love gets tested, though, when she is called back home due to a family emergency and must choose between the old and the new.

Room – A mother (Brie Larson) creates a whole world of wonder for her 5-year-old son (Jacob Tremblay) within the confines of the tiny space in which they have been imprisoned for his entire life, but the real adventure begins when the pair escapes and must adjust to life on the outside in director Lenny Abrahamson’s and screenwriter Emma Donoghue’s adaptation of her own novel.

Beasts of No Nation – Cary Joji Fukunaga presents Uzodinma Iweala’s novel Beasts of No Nation as a modern-day take on Apocalypse Now, with Agu (newcomer Abraham Attah), a child soldier lured into committing atrocities in an African civil war under the command of a ruthless but beguiling leader (Idris Elba), as our guide through this dark and seemingly heartless world.

Son of Saul – Auschwitz and its horrors take on a surprising degree of immediacy in first-time director László Nemes’ Son of Saul, due to his focus on the efforts of a prisoner (Géza Röhrig) who, while working to clean up the ovens after the repeated cremation of Jews, attempts to arrange a proper burial for a body of a boy he claims as his son. Nemes hitches his camera and our perspective so tightly to the prisoner that we become him.

Ex Machina – To my mind, no one has had a better year than Alicia Vikander, but Alex Garland’s examination of a reclusive programmer’s attempts to create self-aware artificial intelligence (in the captivating form of Vikander) signaled the arrival of a performer with the sophistication to obliterate any of the silly “It Girl” labels and assumptions we might try to pin on her.

Amy – Music documentaries, from this point on, will borrow liberally from the tracks laid down by Asif Kapadia in his stunning examination of the all-too-brief life of singer Amy Winehouse. This doc, comprised exclusively of archival footage, allows Winehouse to speak for herself, and her testimony is tragic and damning. (tt stern-enzi)